O’Byrne of St. Gery in France 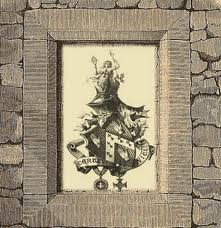 Armorial of O’Byrne of St. Gery

“Edward Henry and his wife Gertrude are described in the family memoir as a couple of great faith and religiosity, but they were also remembered as formidable and strict grandparents. They would not tolerate any sort of rudeness from the grandchildren, and indeed they had to stand in the presence of their grandparents in an atmosphere of utmost formality.” (Byrne-Rothwell:2010)

Byrne-Rothwell;2010 states that “There are many marriages and living descendants of the family not included in the pedigree” which appears in volume 2 of The Byrnes and The O’Byrnes.