The Clan O’Byrne of Leinster Alliance 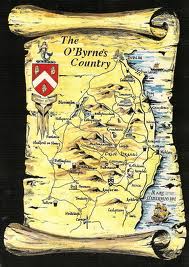 The Clan O’Byrne of Leinster Alliance

A coming together of two ancient lines of Clan O’Byrne of Leinster, O’Byrne of Downes (Crioch Brannach) and O’Byrne of Ranelagh to build a strong future for Clan O’Byrne in Ireland and throughout the world.

Since 2011 two of the senior houses of the ancient Clan O’Byrne of Leinster have been working together to promote the rich and often contraversial history of the Byrne name and to reestablish connections to some of the most important events in our family history.

The event, which was a resounding success, was an official part of the Gathering 2013 and was attended by Lt. Col. Charles Artaud Byrne, his son Myles and other members of their family.

Initially registered with Clans of Ireland in May 2011, this membership was revoked in July 2012 by the board. Despite this, Finte O’Broin, as we are now officially known, has grown in number and stature and continues to raise vital funds for charities such as MS Ireland and promotes research into the history of the O’Byrne name.

There is currently another organisation registered as “Clann O’Byrne of Leinster” with Clans of Ireland. Finte O’Broin does not support this organisation nor does it recognise the status of “Chief” or “Chief Emeritus” as claimed by this organisation.