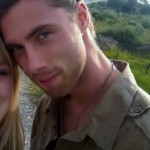 O’Broin Oige is an initiative which aims to involve young people in the preservation of the history and culture of the Byrne name.

Young people are the the custodians of the future and therefore, we believe we must encourage young people to take an interested in their heritage so that it can be passed on from generation to generation.

We are currently in the process of establishing a youth forum on Byrne related issues so that the history, culture and identity of our great name will not only be something we can learn about in the past but will also be something we can be proud of in the future.

Xander was born on St. Patrick’s Day the 17th of March 1993 in Watford, Hertfordshire in England. He grew up in Rickmansworth until the age of nine then moved to Spain and attended main stream school until the age of 13 when he studied at home with some attendance at a nearby academy.

At the end of his studies he managed to gain a distinction in language studies. Xander now works as a part time teacher and a professional translator in hospitals and in courts for the police and armed forces.

Xander currently lives in the South of Spain in a provence called Andalucia. He is the only British Scout master is Spain and in actual fact he believes that the “Byrne” name has helped him through a lot of issues while living in Spain. For example, it has given him a differentiation from the English who are sometimes viewed with negativity in the area. Being able to use such an honourable Irish name with such a long history has helped him to build a reliable reputation where he lives. On foot of that he has been able to contribute to the respect of the family name and to assist other Byrne’s in the area.

Xander aims to continue with his career in teaching and translating using the Byrne name proudly and being true to the family motto, “Certavi et vici”.

Clan O’Broin Oige now has its own facebook page which means young Byrnes around the world can now communicate with each other and share not only their common ancestory, but common interests and hopes for the future.