In 2013, as part of the Irish Gathering of the Clans, my Irish-American father, Dutch in-laws, and myself attended a ceremony at the Ballinacor Estate, near Rathdrum, in County Wicklow, Ireland.

The ceremony involved a re-enactment of the capture and beheading of Feagh MacHugh O’Byrne on Sunday, 8 May 1597, by forces under the command of Sir William Russell. A plaque commemorating the event was mounted at the site, and local musicians played historic songs, such as Follow me up to Carlow.

My father, who was 89 years old at the time, was honored as a descendent of Feagh MacHugh. This was of tremendous importance to him, and to me, since my Da raised me on the history of the O’Byrnes of Ireland, and indeed we had visited Glendalough, Glenmalure, Crony Byrne, and other sites, decades before.

My father died peacefully on March 20th this year. Although 96 years old, he had no dementia, retained his Irish wit and spirit, and avoided the coronavirus. He was buried in the Arlington National Cemetery, in recognition of decorated service to his country, on July 23rd.

Now that my father has passed, I have this to say to all Byrnes:

My parents named me after Myles Byrne (1780-1862), the Wexford Rebel, an Irish Rebel and member of the United Irishmen.

The quest of the Irish people for freedom and equality led some of our ancestors to fight for Napolean, then to emigrate to America and elsewhere. If we study the Irish, Dutch, American, and French revolutions all together, the boundaries between them start to dissolve (Thomas Paine was an honorary member of the United Irishmen), and we see see that they were all expressions of the same movement of the human spirit towards universal liberty and equality.

I now live in Finland with my wife, a Dutch cancer scientist. The Finns faced tyranny from not one but two empires, the Swedish and the Russian. They too split against and decimated themselves, in the 1918 civil war through which they finally won independence. Today, the Finnish language, not Swedish or Russian, is spoken across the land.

When we toured the Republic of Ireland in 2013, the Gaeltacht signs were a reminder that the work of securing liberty and self-determination was far from over.

But today, because of the Irish history with which my father raised me, I know in my bones that the current derangement of the world marks the full return of the struggle that united the Irish against tyranny. My father always said this struggle is in the hearts of all peoples, Russian, Arabic, and Chinese, as well as Irish, French, and Dutch.

Like our ancestors, he saw joining this struggle as his duty and his heart’s desire. He is buried in the American national cemetery, but that heart is buried with our forebears in Glendalough.

The struggle of the United Irishmen against tyranny is now lighting up the planet. As bad as things seem, it is all leading to the same destination: equality and liberty for all the peoples of the world. The harp of Equality is new strung, and shall now be heard around the world. 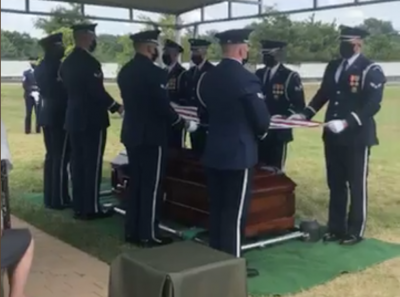