The Clan Byrne of Cloncurry and Kilcock and their friends were welcomed to the Mansion House in Dublin by Lord Mayor, Paul McAuliffe on Saturday the 19th of October in recognition of raising over 40,000 euro for MS Ireland on the annual Royal Canal Charity Walk.

Congratulations to my brother Edward Byrne and Cousin David Byrne and everyone who has taken part in this even since it began in 2013.

A big thank you to the Lord Mayor who gave us a personal tour of the Mansion House in Dublin and made it a very special day indeed. 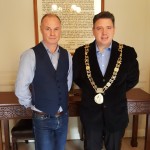 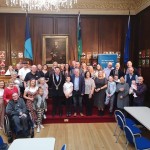 Group photo – Clan Byrne of Cloncurry and Kilcock and Friends 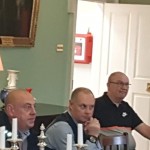